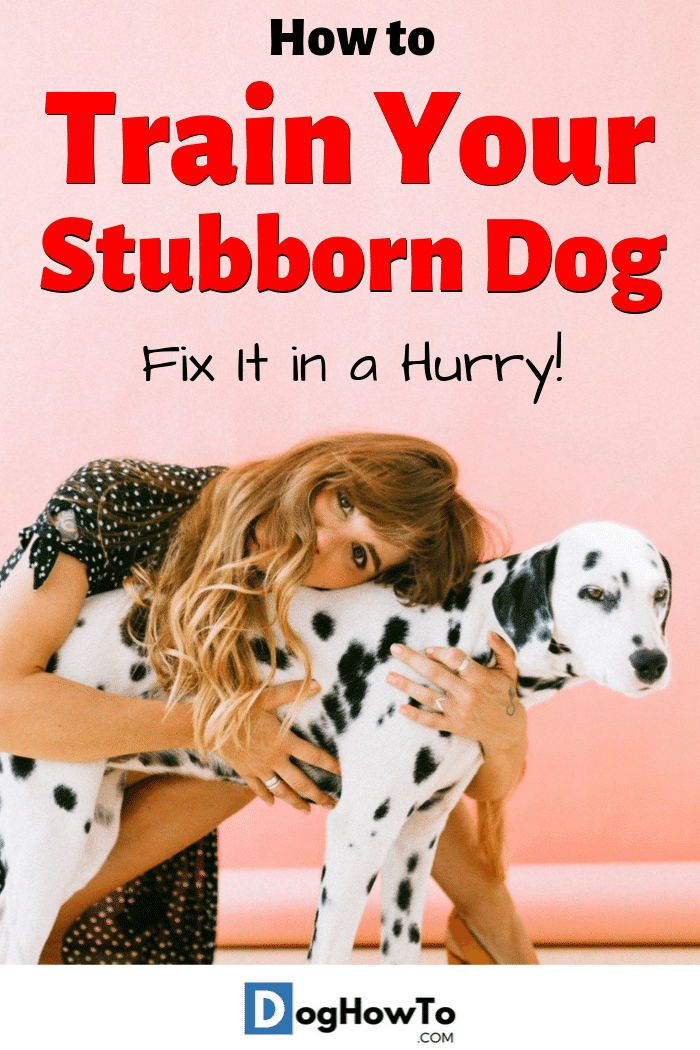 Picture this: you’re walking down the street with your dog, everything’s going fine and you’re both enjoying your time. But then the worst happens — you spot another dog and they’re heading right towards you!

You can probably feel the dread building right now as you read this, and you probably know what happens next. Your dog has now noticed this “intruder” and is beginning to react (and not in a positive way).

The hair on their back is rising. They’re barking like crazy. They’re pulling on their leash as hard as they can. And unfortunately like every other time, they’re completely ignoring your pleas to stop acting up!

It’s getting to the point where you think this type of misbehavior is inevitable, and you’re ready to just give up.

When did it all go wrong? Is it their breed? Was there a time when your dog was a puppy when you should have nipped this behavior in the bud — and didn’t — dooming you to dealing with this aggravation from your stubborn dog’s behavior forever? 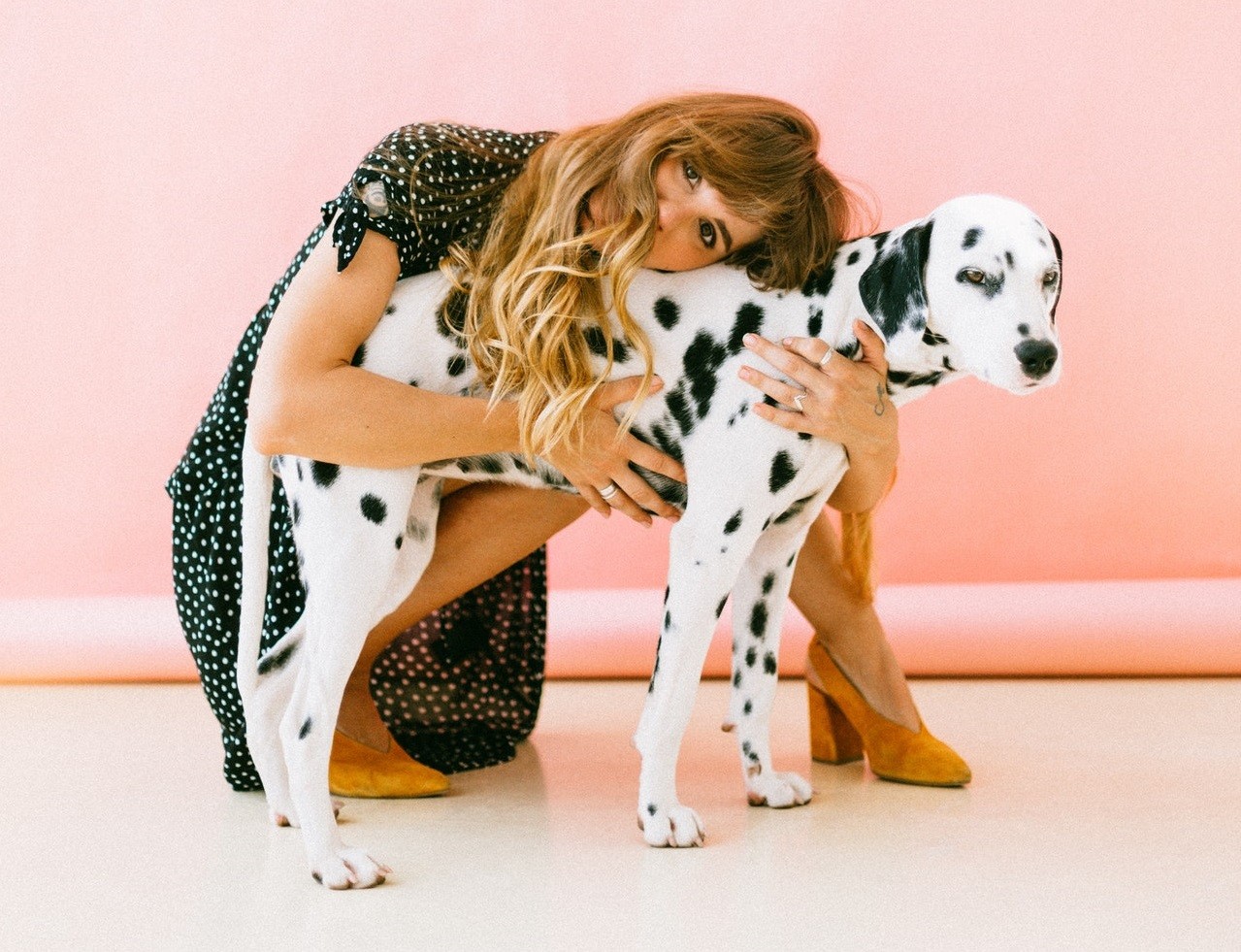 How to Train a Stubborn Dog

I went with the example of coming across another dog during a walk and ignoring your commands to stop, but if you’re dealing with a stubborn dog you know that they show it in many different ways.

It can be refusing to come in from the backyard or get off furniture. It can be constant begging for food no matter how many times you tell them no. Whatever it is, the frustration it causes you is aggravating all the same.

So what is there to do then? When did it all go wrong? Did you take a misstep along the way at some point, and now you’re stuck dealing with frustrating moments from your dog on a regular basis?

Absolutely not! While it is true that you’ve been making some small — but very crucial — mistakes with how you handle your dog, the good news is that it’s much more easily corrected than you would ever imagine.

Don’t feel bad. Your mistake is so common that it’d almost be unusual if you weren’t making it. What’s happened is that you’ve unwittingly allowed your dog to come to the mindset that they are in charge. That they run the show.

In your dog’s mind, you’re all members of the same pack. But guess who’s in charge? That’s right — your dog! At least, to them they are…

Remember that dogs when you get really down to things are very simple creatures. They’re about two things: instinct and survival. These particularly kick into gear when they’re outside, with a member of their pack along with them.

But what ultimately allowed this misbehavior to happen — on your walks and elsewhere — is when you gave up control of the pack to your dog. After all, if they’re in charge at home why wouldn’t they be when you’re out and about?

If you don’t let them know you run the show when they’re ignoring your commands, why would they listen when you’re desperately trying to calm them when faced with another dog? The list goes on and on.

How to Fix It

Putting yourself in place as leader of your pack, not your dog, is much easier than you’d ever imagine — and you won’t ever have to raise your voice or act in any manner that is not loving or humane towards your dog.

But to change your dog’s dominant, stubborn behavior, you’ll have to make changes of your own. The things you’ve been doing since your dog came into your life have led them to act this way, but are also easily correctable.

There are many tips and tricks out there about training your dog, but they will all ultimately go nowhere if you don’t establish a solid foundation first. And that foundation is a clear understanding of who is in charge.

Learning how to be your dog’s pack leader isn’t tough, but it’s easier to pick up on by watching rather than reading. There’s an excellent free video series by renowned trainer Doggy Dan which will cover everything you need to know.

He uses easy to follow, proven methods to show you how to establish yourself as pack leader, and how to use this foundation to correct misbehavior like aggression, barking, going inside the house, and more.

You can start watching the first video in Dan’s free training series by clicking here. The videos are short and to the point, so go ahead and start watching now and you and your dog’s relationship will be significantly better in no time!

I’m excited for the benefits you’ll see from taking these simple steps for handling your stubborn dog. Make sure that you pin this in case you need a link to Dan’s video series so you can watch it again later. 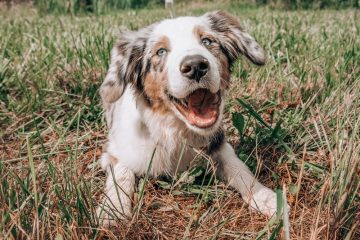 How to Get Your Dog to Focus On You Outside 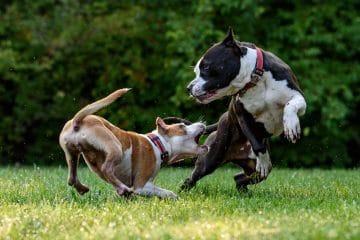 How to Stop a Dog from Snapping at Other Dogs 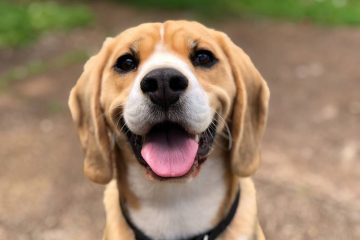 How to Get Your Dog to Stop Barking for Attention