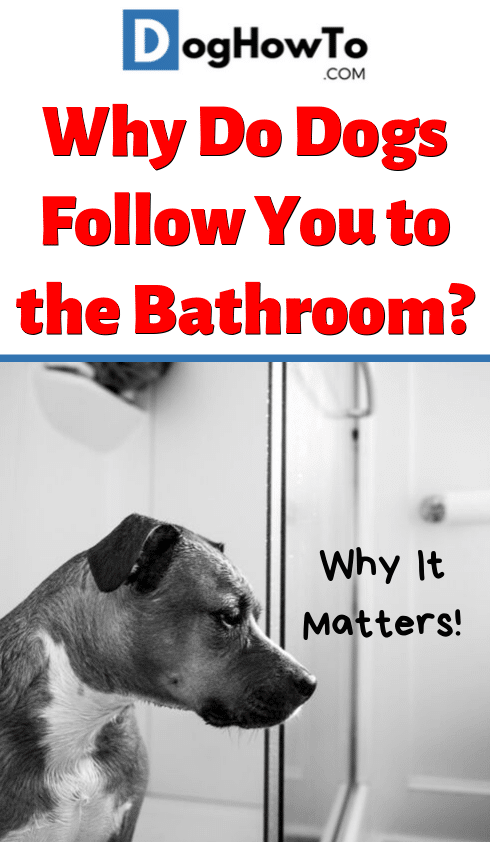 Dogs truly are man’s best friend, but even with as lovable as they are there are still moments where we need a little privacy from our pups. The most obvious of these times is when you’re in the bathroom.

Why do dogs follow you to the bathroom? What exactly do they think they’re missing out on? It may seem cute and harmless — even a bit funny — but it’s still a behavioral issue that needs to be addressed.

Keep reading and we’ll go over the potential reasons for why your dog is following you into the bathroom, and what you need to do to get your dog to give you a little privacy during that time.

Dogs have been pack animals for thousands and thousands of years, and that certainly hasn’t changed since they began curling up at our feet while we watched television. It’s only natural that they’ve got it wired into them to stick with their pack.

And guess what? That means you and your family! This special bond causes them to want to spend all their time with us, and for the most part this can be seen as a good thing. There can be some negative sides, though.

While Fido hanging around while you’re in the bathroom has a cute, funny side to it, your dog seeing themselves as pack leader can also lead to some very negative behavioral issues such as aggression or excessive barking, among many, many others. Why Your Dog Follows You to the Bathroom

Now, let’s cover the reasons why your dog might be following you or others into the bathroom.

Dogs urinate on things to mark areas which they consider theirs, with the smell meant to alert any other dogs or animals that happen by that this spot is taken. It also can signify important things like ranking and reproductive status.

So it’s only natural that dogs might assume the same things when they see us “marking.” We do many things different and many things the same, so when dogs see something they recognize, they’re going to go with the most obvious assumption (to them).

Another possible reason for your dog following you to the bathroom is simply that they’re curious. Like I said earlier, we do a lot of things different than they do — and that makes them wonder what exactly we’re up to in there.

Just as your dog might watch you do other activities, your dog watching you in the bathroom may just be curiosity. If this is your dog’s reason, then it’s nothing to worry about as they’ll like lose interest very soon.

But if neither of the aforementioned reasons seem quite right, then there’s a very like chance your dog is showing symptoms of…

If your dog is clinging to your side at all times, even when you go to the bathroom then the most likely explanation is that your dog has separation anxiety. While very common and well-known, it’s also mishandled by most pet owners.

It can show itself in many ways (read about those in our more in depth article on separation anxiety in dogs), including the cute but annoying act of following you or others in your household into the bathroom.

The root cause of the problem is that your dog is experiencing anxiety when you are not close by. Why? Your dog does not see you as the one in charge, and because of that feels a constant need to watch over you.

This behavior will continue for as long as your dog sees themselves as the pack leader, and will display itself in many other unwanted behaviors as well. Obviously, you now see why this important to address immediately.

To learn how to become your dog’s pack leader, there’s an excellent free video series ran by renowned trainer Doggy Dan. He’ll show you in a series of short, easy to follow videos how to show your dog that you’re the one in charge using loving, humane methods.

Start watching his video training series now by clicking here. He’ll help you stop your dog’s separation anxiety, and in turn odd behavior like following you to the bathroom. More serious behaviors like excessive barking or aggression are also covered.

Check out Dan’s videos and you’ll develop a more loving, enjoyable relationship with your dog free of misbehavior. And don’t forget to pin this in case a friend might be helped too! 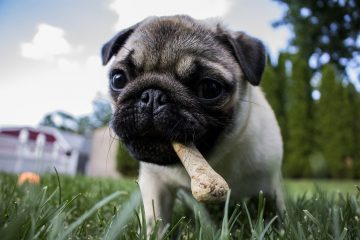 Why Do Dogs Hide Bones? 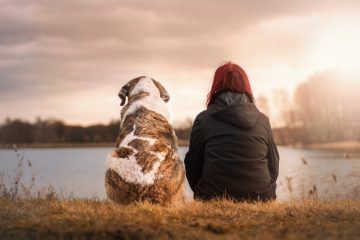